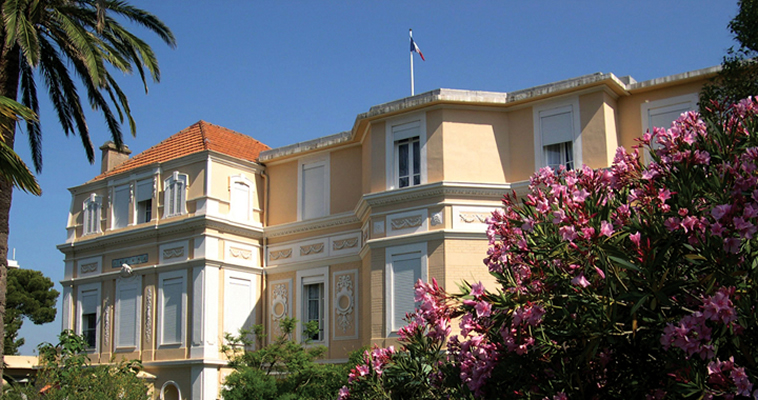 Until the 1880’s Saint-Raphaël had a traditional layout with two main quarters:

This all changed during the administration of Mayor Felix Martin (1878-1894). Saint Raphael quickly developed toward the Veillat Plateau, building a modern sewage system and establishing a reliable source of water from outside the city. Félix Martin also facilitated an explosion of new building which included the Casino, the Notre-Dame de la Victroire cathedral, the hospital and the Lambert Baths.

During this time the city experienced a property boom propelled by investors from Paris, Lyon (Felix Martin’s hometown) and England, all of whom had come to enjoy the mild winters along the Cote D’Azur. Each one of these groups contributed to the architecture of the town with a particular style, namely Palladian, Anglo-Norman and Moorish.

Palladian Style
This type of architecture is defined by its simple yet sumptuous style. It refers to the Italian Renaissance Architect, Andrea Palladio, who venerated the symmetry and even proportions of Greek and Roman temples. Architects in Saint Raphael, Pierre Aublé in particular, developed their own interpretations of the Palladian style with an abundance of pillars, decorative colonnades, loggias and elegant staircases. These buildings feature examples of Doric, Ionic, Corinthian and Tuscan styles. Some of the more ornate villas were decorated with friezes and cornices set in bas-relief or painted with a geometric or plant motif. 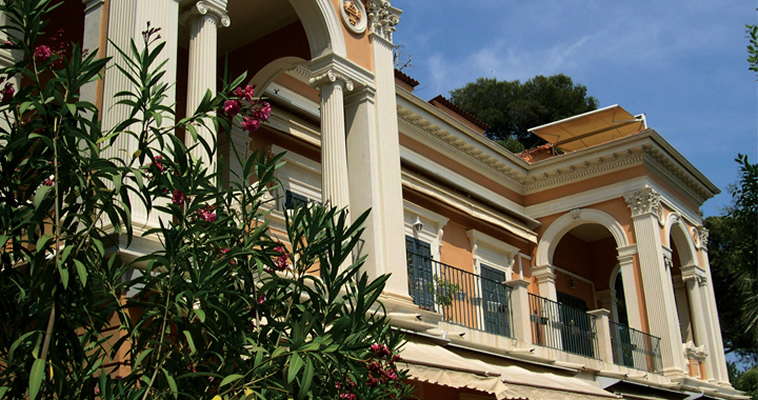 Anglo-Norman Style
This style can be found throughout southern France, as well as in the UK and Belgium.
Enriched by the Industrial Revolution, affluent English newcomers began to settle along the Côte D’Azur in the early part of the 19th century. In Saint-Raphaël they established themselves mostly in the Valescure quarter, which came to be known as ‘the desert’. Their contributions included the Golf de Valescure (the oldest golf course in the Var), a number of tennis clubs, stud farms, and an English church which is now an All Saints Church.
The Anglo-Norman style is characterised by a steeply pitched roof whose great weight requires a series of wooden trusses for support. The use of wood in this construction was not as a means of cutting costs but rather as a way of conveying a pastoral atmosphere. In the picturesque villas of the era, wood was used in much the same way to signify a rustic return to nature. These structures stood in stark contrast to Baron Haussmann’s monolithic stone buildings of the time. 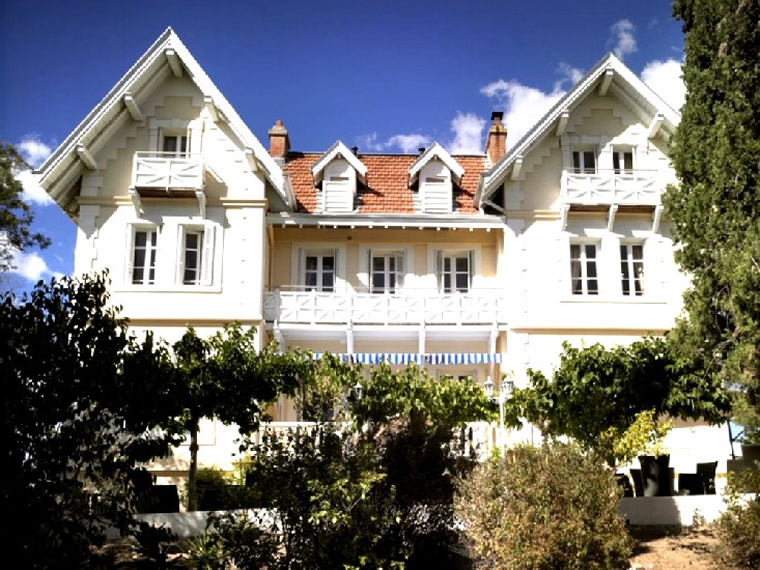 Oriental Style
The oriental style was very much in vogue during the Belle-Époque.
In France this style was frequently incorporated into buildings that exhibited Byzantine features: the Sacré Coeur in Montmartre, the Basilica Notre-Dame de la Garde and the Cathedral de la Major in Marseille.
The best example of this style in Saint-Raphaël can be seen in the domes of Basilica Notre-Dame de la Victoire. Inside, below the choir, you will find a reproduction of the mosaic in Saint Sophia’s in Istanbul.
The building also includes a great many Moorish accents as seen in the elongated columns, the illustrated capitals, the Turkish crosses set in the roof supports and especially in the extended arcs of the windows.
For a pamphlet detailing some of these villas closer to the centre of town, please inquire at the tourism office.